Psychologists say a single trauma will strike you twice. First, you will live through the actual event—dealing with the reality of it. Second, when you think or talk about the event with others, creating your personalized story of the event, you will recreate the event in your mind. Although there’s nothing you can do about what has happened to you, it’s important to stay mindful of how you describe the trauma to yourself and others—remember that your words create your world!

Boris Cyrulnik, a famed French ethologist, says there’s good reason to watch what you say. Most of the women he’s worked with who have experienced sexual trauma have said that it was not compassion that inspired them to recover, but the influence of being told they were strong. Simply being told they were strong helped them to be that way. Cyrulnik argues that if another person expresses too much pity or horror for you, their view can actually escalate your pain.

I can relate on a personal level. I’ve been through some highly challenging times—some of which led me to research everything there was to know about the psychology of resilience. I found it so powerful that I shared what I learned and how it benefited me in The Bounce Back Book. What was one of the easiest, yet most powerful, strategies for bouncing back buoyantly from adversity? Remembering the mantra, “I must watch the words I use—because they create the world I see!”

I learned the importance of surrounding myself with people who I knew would verbally reinforce my identity as a strong person. I knew on an intuitive level that positive words of encouraging faith from others would help to reinspire my own inner strength, but I didn’t know that studies support this positive ripple effect on one’s psyche.

Neuro-linguistic Programming (NLP) is a therapy that attempts to influence the subconscious mind and affect positive change by consciously using positive words to refocus on the things within one’s control. For example, Cyrulnik warns that after a trauma, you need to make sure you don’t talk with people who accidentally keep you in the victim mode by using depression-inducing language such as:

Knowing the subliminal power of words, Morrie and Arleah Shectman, psychotherapists who specialize in bereavement counseling, purposefully use empowering language when helping people through a trauma. Morrie says he never talks “sympathetically” with his patients because it’s disempowering and keeps patients coddled in victim mode. “Too much ‘sympathy talk’ can keep patients stuck, reliving and examining their feelings rather than moving on,” Morrie says.

After a little research, I believe Morrie is practicing this “neuroscience of words”—purposefully priming his patients’ subconscious minds with positive language to serve as an inner-strength training program of sorts!

NLP is a pretty amazing phenomenon. In 2000, researcher John Bargh set up the now-famous study that showed how our linguistic context strongly affects our behavior. Bargh gave two different groups of people two different lists of words to unjumble, telling them they were being tested on simple problem solving.

The first list contained words suggesting impatience, rudeness and aggressiveness; the second list had words suggesting patience, politeness and calm. After the test was completed, the participants were asked to bring their lists to an administrator who was deep in conversation with a colleague—setting up the true experiment.

If you’re bouncing back from a challenging time, it’s essential to become aware to not dwell on the pain of what you are going through. Instead, consciously pepper your conversations, therapy sessions and journal writing with strong, uplifting, optimistic words that will keep you aimed in a strong, positive, healing direction!

“After you’ve been through a trauma or a large loss, assume people won’t be good listeners,” warns Dr. Al Siebert, director of Portland, Oregon’s Resiliency Center and author of The Resiliency Advantage. According to Siebert, the average person will listen to you talk about your ordeal for one to two minutes tops, before they want to get away or they interrupt you with their opinion. This can be really hurtful and emotionally stressful when you’re feeling vulnerable.

Siebert suggests you protect your spirit by constructing some boundaries and an “elevator pitch” of your story—a quick, one-minute answer. With this in mind, it’s helpful to take some time to consciously jot down what you want your elevator pitch to include so you’re prepared when people ask. Try to use neutral or positive language so you don’t keep reliving your pain. Be sure to put a positive “kicker” at the end. For example: “Yes, I’ve been through a horrible time, but I’m handling it okay. How about you? Have you ever been through anything like this?” Requesting empathy makes it less likely that your listener’s response will hurt or disappoint you.

If you feel you’re with someone highly supportive—a friend with whom you want to more freely share your experience—be sure to check in with them first, saying something like: “I must confess what I went through is a very emotional experience. If you have an hour, I’d love to share it with you.” That way you guard against the disappointment of not being able to share in the way you had hoped.

Siebert also reminds that it’s okay to decide not to share anything at all. You can simply tell people, “Thanks for asking, but I don’t care to talk about it right now.”

Another helpful NLP technique is to dilute strongly negative words. Try to stop saying things like:

Instead replace them with milder expressions such as:

Be mindful that your words also have power in other areas of your life. For example, instead of saying, “I won’t get involved with cheating jerks or sociopaths or toxic people anymore!” you might say, “I’ll only get involved with healthy, loving, trustworthy people.” Instead of saying, “I am no longer going to be in total financial debt!” you might say, “I vow to become financially solvent.”

I’m also a big believer that who you think you are actually manifests who you will be. Your beliefs will create the actions and habits you choose. During a challenging time, it’s essential to view yourself as a strong person—capable of bouncing back stronger than ever! With this in mind, I recommend during tough times, you enter what I humorously call the “Identity Protection Program!” Own one of the following identities as yours:

If you find yourself in a challenging time, remember to repeat these types of beliefs as often as possible, even if at first you have trouble believing them. As Muhammad Ali once said: “It’s the repetition of affirmations that leads to belief. And once that belief becomes a deep conviction, things begin to happen.” Or as I like to say, “Sometimes you gotta fake positivity till you make positivity.” 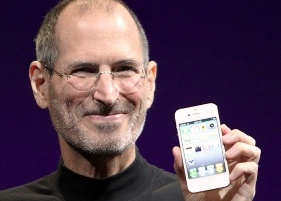 Your time is limited, so don’t waste it living someone else’s life. Don’t be trapped by dogma – which is living with the results of other people’s thinking. Don’t let the noise of other’s opinions drown out your own inner voice. And most important, have the courage to follow your heart and intuition. They somehow already know what you truly want to become. Everything else is secondary. ~ Steve Jobs
Co-Founder of Apple, from his 2005 Stanford commencement address

A lady was driving along with her father when they came upon a storm, and the young lady asked her father, ”What should I do?”

Cars began to pull over to the side, as the storm was getting worse. She asked again, “what should I do.” “keep driving,” her father replied.

On up a few feet, she noticed that eighteen wheelers were also pulling over. She told her dad, “I must pull over, I can barely see ahead. It is terrible, and everyone is pulling over!”

Her father told her, “don’t give up, just keep driving!”

Now the storm was terrible, but she never stopped driving, and soon she could see a little more clearly. After a couple of miles she was again on dry land, and the sun came out.

Her father said, “now you can pull over and get out.”She said “but why now”?

He replied, “when you get out, look back at all the people who gave up and are still in the storm because you never gave up, your storm is now over.”

This is a testimony for anyone who is going through hard times. Just because everyone else, even the strongest, gives up, you don’t have to. If you keep going, soon your storm will be over and the sun will shine upon your face, again. 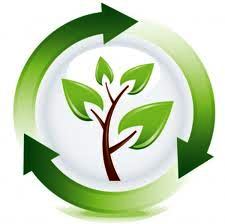 Checking out at the store, the young cashier suggested to the older woman that she should have brought her own shopping bags because plastic bags weren’t good for the environment and we should practice ‘green living’ wherever possible.

The woman apologized and explained, “We didn’t have green living back in our earlier days.” The cashier responded, “That’s our problem today. Your generation did not care enough to save our environment for future generations.”

She replied, ‘’ you are right our generation didn’t have the ‘green living’ then.

….Back then, we returned milk bottles, pop bottles and beer bottles to the store. The store sent them back to the plant to be washed and sterilized and refilled, so they could use the same bottles over and over. Yes, they really were recycling. Now we have milk and other edibles packed in poly bags.

….We walked up the stairs, because we didn’t have an escalator in every shop and office building. We walked to the grocery store and didn’t climb into a 300-horsepower machine every time we had to go two blocks. We exercised by working so we didn’t need to go to a health club to run on treadmills that operate on electricity. We didn’t fire up an engine and burn petrol to cut grass in the lawn. We used a push mower that ran on human power. People took the tram or a bus, and kids rode their bikes to school or walked instead of turning their mothers into a 24-hour taxi service.

….We washed the baby’s nappies because we didn’t have the throw-away kind. Kids got hand-me-down clothes from their brothers or sisters, not always brand-new clothing. We dried clothes on a line, not in an ‘energy gobbling machine burning up 220 volts;’ wind and solar power really did dry our clothes. We had one TV, or radio, in the house — not a TV in every room. And, the TV had a small screen the size of a scarf, not a screen the size of roof. We had one electrical outlet in a room, not an entire bank of sockets to power a dozen appliances.

….In the kitchen, we blended and stirred by hand because we didn’t have electric machines to do everything for us. We actually cooked food that didn’t come out of a packet, tin or plastic wrap and we could even wash our own vegetables and chop our own salad. We drank water from a fountain or a tap when we were thirsty instead of demanding a plastic bottle flown in from another country. We accepted that a lot of food was seasonal and local and didn’t expect that to be bucked by flying it thousands of air miles around the world.

….We refilled writing pens with ink instead of buying a new pen; and we replaced the razor blades in a razor instead of throwing away the whole razor just because the blade got dull. When we packaged a fragile item to send in the post, we used wadded up old newspapers to cushion it, not Styrofoam or plastic bubble wrap. And we didn’t need a computerized gadget to receive a signal beamed from satellites 2,000 miles out in space in order to find the nearest pizza joint.

But, isn’t it sad today’s generation laments how wasteful we old folks were because we didn’t have the ‘green living’ back then? ’’