This Earth Day, pledge to do at least one of these:

Plant some green:  Something as simple as plants in the office can add color and life to a room, while also cleaning the air.

Set up a recycling center: Convenience is the key. Place paper recycling receptacles at every desk, and provide centralized recycling in copy areas, mailrooms, near vending machines and lunchrooms.

Do more virtual travel: Make greater use of teleconferencing to reduce long-distance travel. Even trips of just a few hundred miles can result in hundreds of pounds of emissions.

Stop phantom power loss: Computers left on overnight waste up to $100/year in electricity. Use power strips, so employees easily turn off all equipment with one button. Anything with a power light on is using energy, even when it is not being used.

Choose green office supplies: Look for materials with recycled content, rechargeable batteries and products that are made without polyvinyl chloride (PVC) plastics. Replace Styrofoam or plastic cups in the break room with paper or reusable glass mugs.

Make conservation a priority: On average, one employee uses $300 in annual office supplies. Reduce environmental impact and cost through duplexing, centralizing office supply storage, and buying only what you need. Develop a company-wide conservation policy.

Use body language: Reduce energy use and water consumption by installing motion-activated controls on lights and water faucets.

Join the fun: Look for volunteer opportunities where employees can be part of a community event around Earth Day. Or, start your own Earth Day Celebration!

Assign a “Green Guru”: Give an employee responsibility for researching and recommending new initiatives for your workplace, whether it’s joining a car pooling program or choosing energy-efficient office equipment.

The Buddha said that everything in this world is full of suffering, and the cause of suffering is craving. The end of suffering is Nirvana. He was enlightened only after he understood the truth of suffering; its cause; its end; and the way to its end, the Four Noble Truths.

3. Right Speech deals with refraining from falsehood, such as telling lies or not telling the truth; tale-bearing or saying bad things about other people; harsh words and frivolous talk such as gossiping.

5. Right Livelihood deals with the five kinds of trade which should be avoided in order to lead a noble life, they are: trading in arms (weapons), living beings (breeding animals for slaughter), intoxicating drinks and poison.

8. Right Concentration is one-pointedness of mind as developed in meditation.

These eight factors can be grouped into three smaller groups, as follows:

These three — morality, concentration and wisdom — are the three stages on the path to mental purity whose object is Nirvana. These stages can also be described as: to cease from evil, to do what is good and to cleanse one’s mind.

C : Be CHARISMATIC and CONFIDENT

O : Have an OPEN mind and OFFER value

N : Be NATURALLY curious and genuinely interested in people

E : Be ENTHUSIASTIC and ENGAGING

C : Be CLEAR and CONCISE 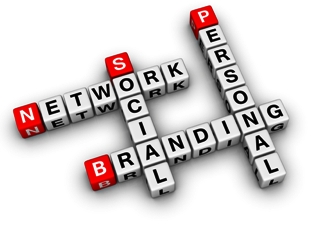 10.What do you enjoy doing?

≈ Comments Off on Improve Your Marketability through Networking